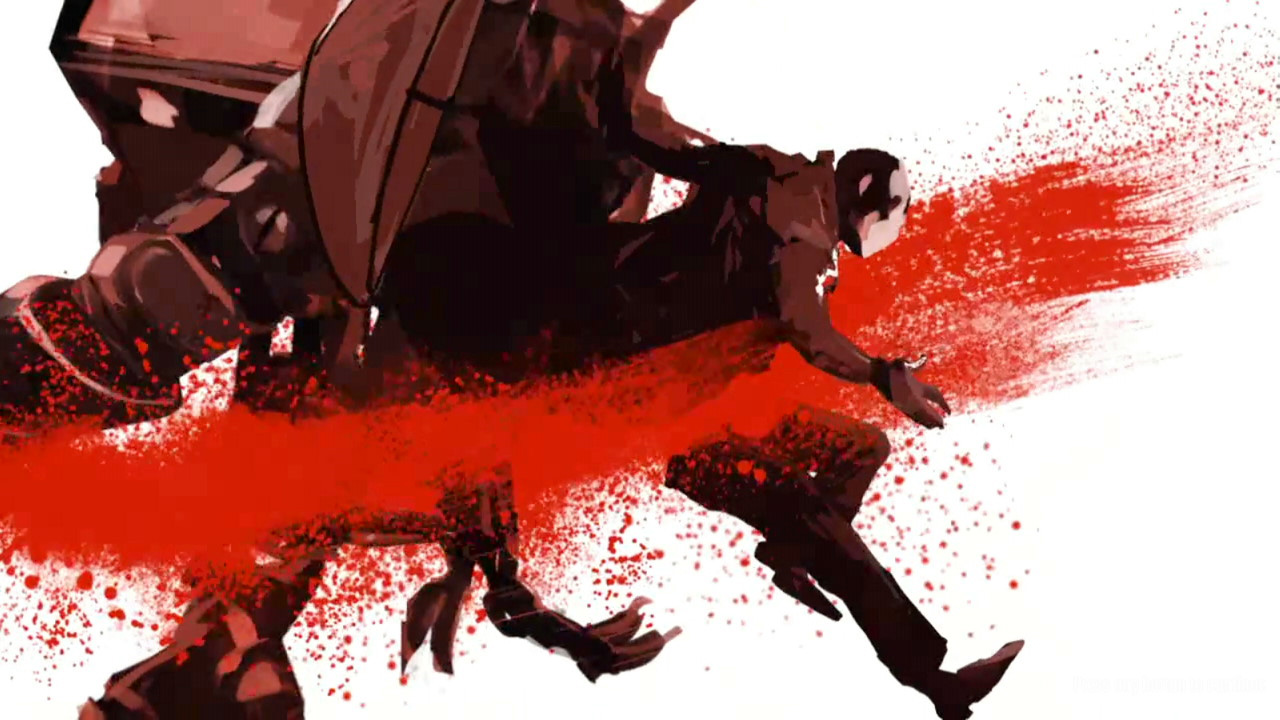 This review is presented in both video and written form. The video is at the top of the article, while the written transcript can be found underneath. While I’d prefer you watch the video (since it lets you see the game and hear my dulcet tones too), I appreciate some prefer to read reviews. This way you have both options.

The more we keep threatening to elect war-hungry numpties while continuing to advance artificial intelligence, the earlier the apocalypse seems to loom.

It would take a brave person, then, to be confident enough to write a story set a fair distance into the future and declare that humans will indeed still be around.

Said bravery can be attributed to the writer of Polish indie developer Flying Wild Hog’s debut game Hard Reset, who decided to set the game in bloody 2436 and gave somewhere in the region of zero fucks about it.

Mind you, it seems that according to this particular story, we don’t last much longer than that. Hard Reset puts humanity at the verge of extinction, limited to a tiny closed city called Bezoar. Don’t worry, nobody in the game can seem to pronounce it either.

The humans are nearly wiped out because, you guessed it, machines have become self-aware and decided we’re not worth having around anymore, even though we made them. They’ve basically become the Bieber to our Usher.

The machines want to finish humankind off altogether, and they reckon they know how to do it. Near Bezoar is a giant tower called the Sanctuary. In it, the souls of billions of dead humans are stored in digitised form.

If the machines can get into the Sanctuary and nick all that gathered human intelligence, you know what that means. Well, they’ll be better at FIFA, for starters.

You play as Major Fletcher, a soldier who’s been assigned the all-important task of making sure the Sanctuary remains protected. And apparently to do that you have to fire millions of bullets into loads of robots’ bastard faces.

If any of this sounds slightly familiar it may be because this isn’t a new game. Hard Reset was originally released on PC back in 2011, after which Flying Wild Hog moved onto the Shadow Warrior reboot.

Now, five years after Hard Reset’s launch, the studio has decided to revisit it with Hard Reset Redux, an enhanced version with a bunch of new features.

The game is an unashamedly old-school FPS that does away with all the complicated bullshit you get in modern shooters.

There’s no integrated plot running through the stage as you play, no tactical nonsense where you have squadmates running around you, and no pissing around with drones or dogs or floating around in space shooting terrorists in the dick.

It’s just you, a load of cyberpunk-themed environments, and more androids waiting to be destroyed than at an old Motorola factory.

As a result, much of the gameplay involves you running towards, away from or around hordes of oncoming enemies with the fire button taped down.

Usually these enemies are tiny throwaway grunts, like the little scampering things with buzzsaws attached to them or the weird bomb spiders.

Sometimes they’re big bastards that can charge at you or shoot at you. These take more bullets to take down and sometimes you can focus on individual body parts to immobilise them.

That’s really about as detailed as it gets. When it comes to gameplay mechanics this is simplistic stuff. You can’t even crouch. And you know something? That’s perfectly fine. Hard Reset Redux knows it’s a mindless shooter, so it tries its hardest to be the best mindless shooter around.

You’ve only got two types of weapon: one that fires bullets and one that fires plasma. Over time you gain upgrade points which can either be spent on upgrading these weapons or unlocking new ones that fall into the same ‘bullets or plasma’ categories (they all share the two types of ammo).

Crucially, every weapon is fun to use, and you feel like you’re dishing out some proper devastation as you churn through enemies. Trust me when I say you haven’t had so much fun pumping plasma into a machine since you bought that Japanese sex robot, ya dirty wee bastard.

Strategy is thin on the ground here. The most work you’ll need to give your brain is when you decide to make use of the environment by shooting the helpfully plentiful supply of explosive barrels and electrical equipment dotted around (because even though we’re hundreds of years into the future, a bullet in a computer still puts it on its arse).

Shooting things to make them blow up is a simple trick and about as standard an FPS trope as you’ll get but it’s really satisfying here – more than in most other shooters – because the blast radius is generous, you only need one bullet and most enemies die instantly from it.

As all this carnage is going on you’re surrounded by some brilliantly detailed cyberpunk environments. The Blade Runner influence is clear, from the constant blue hue of the streets to the occasional rainstorms, to the giant adverts on the sides of buildings.

But it throws in its own cheeky offerings too like these little holo terminals that shout you over with promises of great offers and then chuck spam adverts in your face, junk email style:

The level design is also well thought-out. Although this is very much a linear adventure and there’s almost always only one route to follow, it does a good job of disguising this by occasionally looping you back through areas you’ve already been to, giving the illusion of an open world when in reality you’re still following the set path. It’s a corridor shooter that doesn’t always feel like one.

Essentially, this sums up Hard Reset Redux as a whole: it’s a simple, linear game that uses clever design to lessen the feeling of repetition.

If you’re not really into mindless blasting then this disguise is only going to stay on for long before it slips off and exposes the game for what it is: as such, if you’re expecting something deep and tactical you’re going to be severely disappointed.

If, on the other hand, you’re perfectly happy to switch the brain off and indulge in some top-notch action in a Painkiller or Serious Sam style (albeit set within a beautifully designed cyberpunk city), this is well worth a go.

It’s brief (expect to finish it in 5-7 hours) and there’s no multiplayer to speak of, so this is strictly a short solo affair. But like the best 90-minute action movies, it’s a hell of a rush while it lasts.

Hard Reset Redux is available for download now on Xbox One, PS4 and Steam. In order that I could write this review, I received a free code for the game. The content of my review and the opinions therein were in no way influenced by this.

If this review yanked your crank, why not considering becoming one of my loyal Patreon follower types? You’ll get regular behind-the-scenes info and the like, as well as a fuzzy feeling knowing you’re supporting my work. Or something.