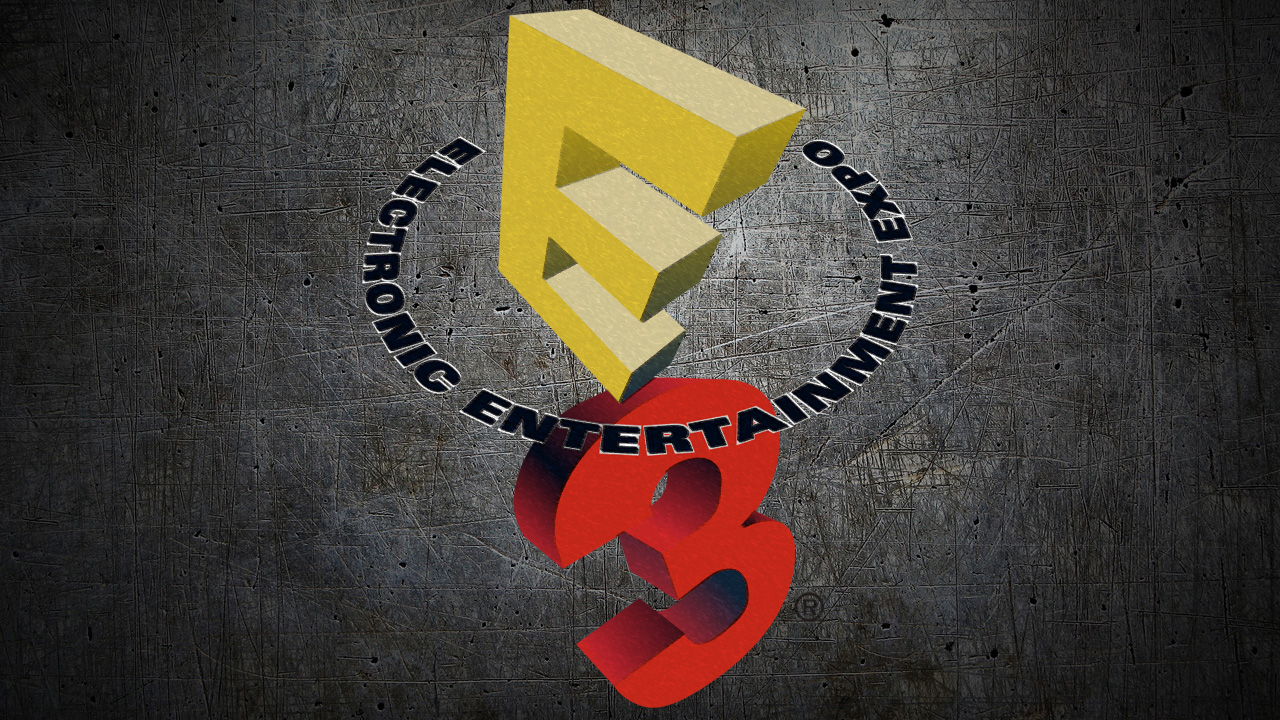 E3 week is slowly coming to an end, and while it may not have been the most dramatic in terms of big reveals it certainly clarified one thing: over the next 18 months we’ll be getting more great games than you can shake a Joy-Con at.

Of course, the main events during E3 week are the numerous press conferences, many of which I covered with podcast recaps. Most people are happy enough in the knowledge that if they watch every conference they’ll see the best of what E3 has to offer.

What you may not have realised, though, is that there are a wealth of other games at E3 that aren’t part of the conferences: either because they’re made by third-party publishers who aren’t showing presentations, or because they’re first-party games that for whatever reason have taken a back seat (sorry, Gran Turismo Sport).

Because of this, if you’re the sort who only watches the conferences, you’ve missed out on a fuckton of other game trailers, some of which may be for games that float your own personal boat.

Luckily, yer man Scullion’s gathered a load of these non-conference trailers so you don’t have to go hunting. This still isn’t every game announced at E3 – there are more tucked away in YouTube’s darker corners – but it should give you a lot more to watch. Enjoy!

Archangel
A PlayStation VR mech game from a team that previously helped on the likes of The Evil Within and Borderlands 2 DLC.

Call Of Cthulhu
The latest trailer for Cyanide Studio’s open-world survival horror RPG in which Cthulhu gets well and truly bloody called.

ChromaGun
Have you ever wanted to play Portal, but with a gun that fires colours instead of portals? Neither have I. This shamelessly ‘inspired’ game does though, and it even jokes about the similarities in this genuinely funny trailer.

Crash Bandicoot N. Sane Trilogy
Naughty Dog’s HD remaster triple-bill is out at the end of the month, so here’s a new look at some gameplay footage.

Danganronpa V3: Killing Harmony
The third game in the cult visual novel series nobody can pronounce is coming to PS4, Vita and PC in September. Check out the suitably high tempo trailer.

Dead Alliance
A tactical shooter with, according to one of its developers, the “unique hook” of having zombies in it. Which, let’s face it, is about as unique as a shit Donald Trump tweet.

Dissidia Final Fantasy NT
Back in 2015 Square Enix released an arcade fighter starring Final Fantasy characters (based on the its PSP one from years ago). It’s hitting PS4 next year, so have a gander.

Elite Dangerous
It’s been on PC and Xbox One for two years, but Frontier Developments’ space-em-up is finally coming to PS4. Fill your boots.

Extinction
An upcoming action title from Maximum Games which looks like it ‘borrows liberally’ from Attack On Titan.

Fate/EXTELLA: The Umbral Star
The third game in Marvellous’s Fate series arrived on PS4 and Vita earlier this year, but here’s a better look at the Switch version out next month.

FIFA 18 – FUT Icons trailer
EA showed the main trailer for FIFA 18 during its conference but this one – showing legendary players Maradona, Henry, Yashin, Pele and Fat Ronaldo – excites me more.

Fortnite
Epic Games first revealed its co-op sandbox survival game way back in 2011. Although it’ll be free-to-play when it finally launches next year, a paid early access version starts on 25 July.

Gran Turismo Sport
Sony’s latest racing game wasn’t even shown at its conference, which shows how much its star has fallen. It still looks decent in this latest trailer, mind.

Hidden Agenda
Also not shown during Sony’s conference, Supermassive Games (Until Dawn) is working on a new choose-what-happens-next type game in which up to four players can play and make decisions using their mobile phones as controllers.

Insurgency: Sandstorm
The previous Insurgency was a tactical FPS on Steam that sold around 2.7 million copies. This sequel is headed to PS4.

Kingdom Come: Deliverance
A medieval RPG by new studio Warhorse, coming to PC, Xbox One and PS4. Will it have what it takes to topple the unbeatable Two Worlds? (I’m half serious there, by the way)

Kingdom Hearts 3
The one you meant to watch when you clicked Kingdom Come: Deliverance by mistake.

Knack 2
It’s the sequel literally everyone wanted! Well, according to Mark Cerny at least. And nobody would dare agree with him, lest they be cut.

Mario & Luigi Superstar Saga + Bowser’s Minions
A 3DS remake of the classic Game Boy Advance RPG, along with a new side-story involving a set of enemies heading off to rescue Bowser.

Marvel vs Capcom: Infinite – gameplay trailer
Sony showed the story trailer for this – complete with odd-looking Chun-Li – during its conference. If you want to see some more of the actual gameplay, voila.

Metroid: Samus Returns
Shown shortly after Nintendo’s presentation ended, Samus is coming to the 3DS in a brand new 2D platformer. I say brand new, but it’s actually a remake of the Game Boy’s Metroid II: Return Of Samus.

Ni No Kuni II: Revenant Kingdom
The sequel to Level-5’s beautiful RPG is coming this November. And yes, it’s got Welsh accents in it again, which is nice.

No Heroes Allowed!
A PS VR exclusive simulation in which you play as the God of Destruction and try to take over the world.

PES 2018
The 17th title in the Pro Evolution Soccer series looks better than ever, and it’s even got Usain Bolt in it for absolutely no reason whatsoever.

A Plague Tale: Innocence
Based on this trailer, A Plague Tale could easily become one of the best 1349 French rat plague games ever made.

Project CARS 2
A new peek at the sequel to Project CARS, due out in September. This trailer gives a better look at the game’s overhauled career mode.

ROM: Extraction
Being promoted as “a fast-paced homage to the arcade shooter with a VR twist”, this PlayStation VR trailer isn’t giving too much away yet.

Sonic Forces
Join Modern Sonic, Classic Sonic and Fanfic The Sexhog as they team up to stop all the classic Sonic villains teaming up and destroying every fucking thing in the world.

Sparc
An online ‘vSport’ for PlayStation VR which basically looks like a cross between tennis, dodgeball and Michael Jackson’s Scream video.

Superhot VR
The stylish-as-hell time-freezing shooter blew people away when a VR version was made for the Oculus Rift. It’s now coming to PlayStation VR too.

Sushi Striker: The Way Of Sushido
Another surprise announcement from Nintendo, this 3DS game has you fighting opponents by chucking sushi at them.

That’s You!
A sort of interactive PS4 board game, free for PS Plus subscribers, that up to five people can play together with their mobile phones. Seemingly named after what a Scottish barber says to you when he’s finished cutting your hair.

Tropico 6
The latest in the popular series of banana republic management sims, seeing you once again taking on the role of El Presidente.

Undertale
The cult PC indie hit is coming to PlayStation 4 and Vita. I’ve got no idea why this wasn’t shown in the main Sony conference, it would’ve been a big deal.

Unto The End
A 2D adventure game in which you play as a grieving father who heads out to kill the wild beast that slaughtered his family. Not quite a family comedy, then.

Valfaris
A 2D action-platformer inspired by heavy metal music. The trailer doesn’t give a lot away but you should at least be able to get an idea of the vibe.

Vampyr
Life Is Strange developer Dontnod shows off 10 minutes of gameplay from its upcoming 1918 London vampire RPG coming to PS4, Xbox One and PC.

Yakuza 6
The latest game in the Yakuza series has a baby in it and everything. You can’t fuck around when there’s a baby involved, so it must be good.

Yakuza Kiwami
Never played the original Yakuza on PS2? You’re in luck then, because this HD remake has been rebuilt from scratch to make the most of the PS4 hardware.

Ys VIII: Lacrimosa Of DANA
Nihon Falcom’s Ys series hasbeen on the go for 30 bastard years. This eighth instalment is coming to PS4, Vita and PC.

Found this article useful? Please consider contributing to my Patreon fund. The money helps go towards site maintenance, ensuring there are no ads, and I also update my Patreon feed with regular behind-the-scenes goodies.