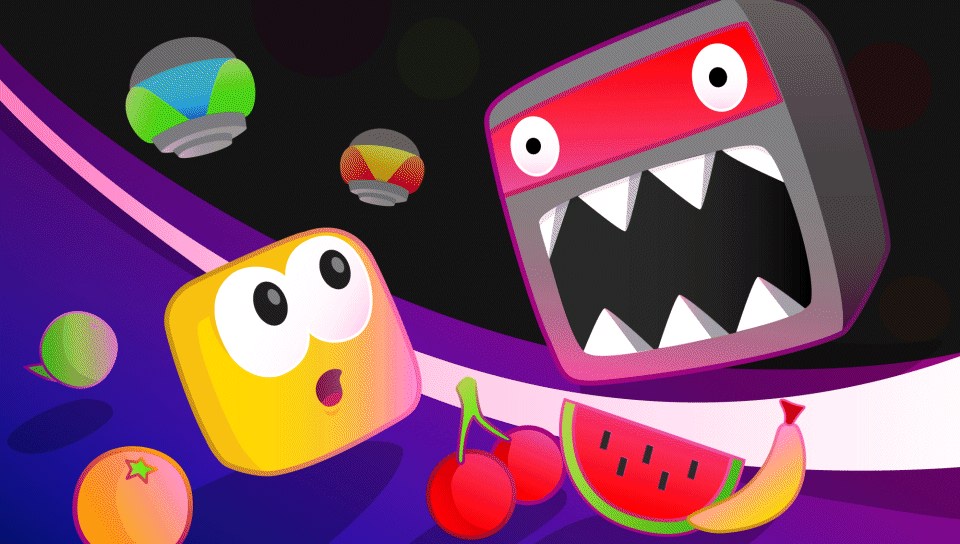 When the PlayStation Vita launched back in 2011 its big selling point was the fact that it was essentially a slightly underpowered PS3 in handheld form.

In the early days this resulted in a bunch of handheld versions of beloved console games, with the likes of Uncharted: Golden Abyss, Resistance: Burning Skies and Killzone: Mercenary really driving home the ‘console in your pocket’ mantra.

While this sounded exciting in theory, for some – including me – the concept didn’t quite work in practice.

On public transport my journeys were never quite long enough to comfortably finish the often large stages in adventure games. Level exploration was ditched in favour of hurriedly yet grudgingly running to my next destination, like someone bursting for a shite trying to discreetly get to the nearest toilet without outright running to it.

This is all a long-winded way of saying that for me, the best Vita games weren’t the ones that embraced the feel of console gaming, but those that stuck to the tried and tested handheld formula of quick-burst experiences. Don’t Die, Mr Robot! undoubtedly falls into this latter category.

At its heart, Don’t Die, Mr Robot! is all about a single gameplay mechanic, and it couldn’t give a fifth of a fuck about anyone who questions whether that’s enough on which to build a whole game.

You play as the titular Mr Robot (or one of his chums, but more on them later) and are placed in a rectangular arena. Enemies continually spawn and the only way to defeat them is to eat fruit, which triggers circular Missile Command style shockwaves. And that’s it. Thanks for reading.

Fine then, here’s a bit more. Such is the pure simplicity of Don’t Die, Mr Robot!’s gameplay mechanics (well, mechanic) that it doesn’t come with a tutorial or even the digital manual most Vita games come with.

Instead, it starts with two challenge levels. The first tasks you with avoiding enemies for a set length of time, while the second asks you to destroy as many as possible with the aforementioned fruit explosions.

Within the space of a couple of minutes you’ve finished both levels and learned the basics of the entire game. And for the avoidance of doubt, this is a good thing.

The standard Arcade mode initially has shades of Geometry Wars about it. As you zoom around your single-screen stage, blowing up enemies and collecting the coins they drop you’d be forgiven for thinking some members of Bizarre Creations worked on the game (they didn’t).

But the longer you play the more you learn and the more your experience changes. Suddenly you realise that by playing a more dangerous game and trying to hug the sides of enemies as they pass you can rack up a Danger Bonus, adding to your score.

More importantly, you discover that if a fruit’s explosion hits another fruit, it too will explode. And you quickly realise that you can build big combinations in this way, building a multiplier that rises with every explosion. Hit an enemy at the end of the multiplier and you’ll get insane points for it.

Finally, it all clicks in your mind. Don’t Die, Mr Robot! isn’t a game about killing enemies. It’s a game about not dying. Of course it is, it only said so in the bloody title.

As the screen fills with apples, strawberries and watermelons it becomes increasingly difficult to avoid both trouble and temptation, as one accidental brush against a banana can trigger the chain too early and put the entire thing on its arse.

There’s a sense of real tension as you try to resist for as long as possible until finally, when the screen is filled to bursting with food and foes, you head for the nearest fruit and trigger it, unleashing a tantric explosion of sugary death.

If you’re dubious, watch this clip I recorded. Watch how I don’t just run into all the fruit I find, and instead try to dodge it. And see how satisfying it is when I finally pull the trigger and the entire stage goes up in one enormous fruity boom.

You’ll also notice that my character in this video didn’t look like the standard Mr Robot, and was surrounded by a green forcefield. These are explained by the game’s shop, where you can buy new characters (each with their own speed and size properties) and power-ups with the coins you collect from exploded foes.

If the Arcade mode gets a little too repetitive there’s a hefty Remix mode. This is a set of 50 different challenges, each providing a slightly different variation on the game’s sole concept and setting you a task that will net you a bronze, silver, gold or platinum medal based on how well you do.

One of these challenges makes grapes kill you, adding an extra layer of edginess to proceedings. Another repels the fruit away from you, meaning you have to properly chase after it (usually into the path of an enemy), while another gives you a single fruit and asks you to kill as many baddies with it as possible.

It keeps things interesting for much longer than you’d expect, and adds some arguably much-needed direction to proceedings, turning it into more than a simple high score contest.

Don’t Die, Mr Robot! is a game that doesn’t get bogged down in complexity. Far from it. It may only have a single gameplay mechanic, but it refines it so well and offers so many variations on it in Remix mode that it’s solid proof some of the simplest ideas are the best.

It isn’t perfect. The controls can sometimes be a tiny bit too twitchy, making it hard to navigate through some tight gaps without hitting an enemy or piece of fruit. This is particularly noticeable when using the D-pad to control Mr Robot, as he moves far too quickly.

Disclaimer: This review was based on a review code I received for free from the developer. The content of my review is in no way influenced by this.