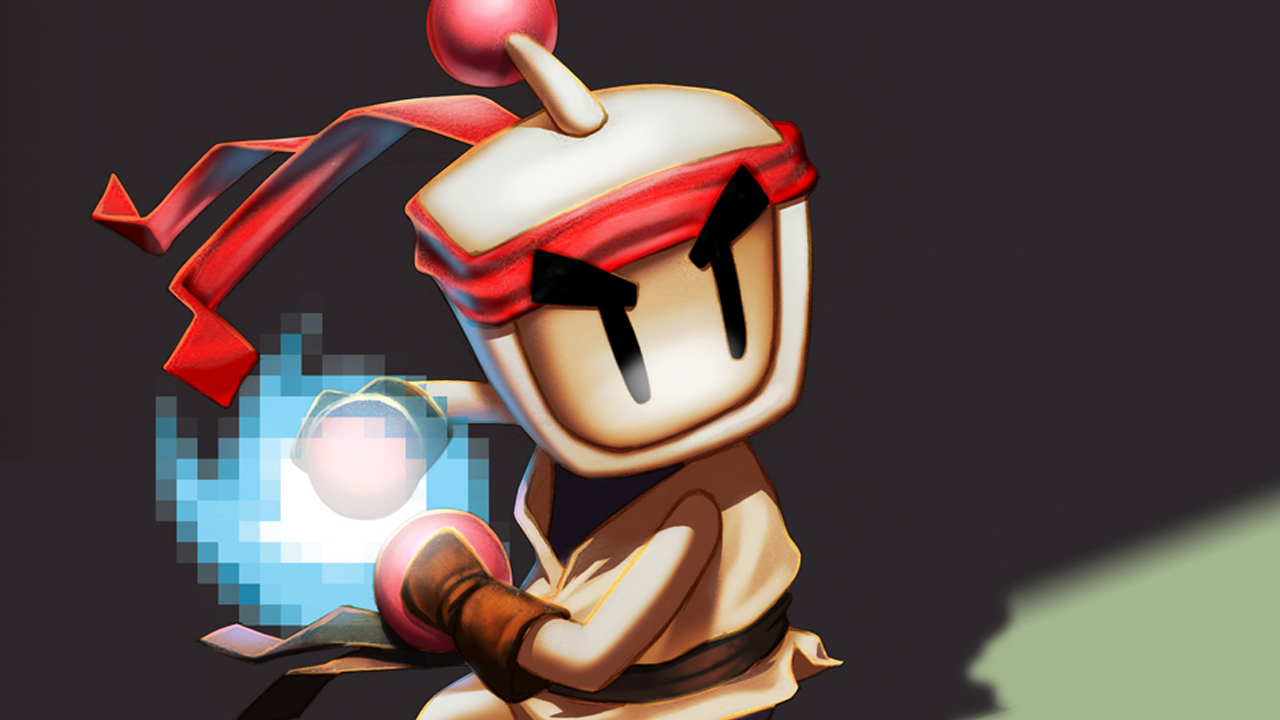 Two of the games I played at last month’s Switch UK premiere event share a lot in common.

Both are based on classic games that were bigger in the ‘90s, both are heavily focused on multiplayer gameplay, and both have received some criticism for their rumoured £40-£50 price points.

Having had the chance to briefly play both, it’s clear this is an argument that will continue until they’re released, and likely beyond that.

The first and most notable of the two is Ultra Street Fighter II, Capcom’s eighth version of the iconic 1991 arcade fighter.

For those of us who’ve already plugged our way through The World Warrior, Champion Edition, Turbo, Super, Super Turbo, Hyper Anniversary Edition and HD Remix, Ultra may not initially seem like it offers a hell of a lot that’s new.

Even its shiny ‘new’ graphical style is actually from HD Remix, the remastered update that launched on Xbox 360 and PS3’s digital stores more than eight years ago.

HD Remix replaced the game’s traditional sprites with new hand-drawn ones by Canadian comic studio Udon, and it’s these same Udon-created art assets that feature in the Switch version.

If this new(ish) look feels a little too sacrilegious to you – there were plenty of protests when HD Remix first launched back in 2008 – don’t worry, you can switch (ahem) back to the old-school arcade sprites whenever you please. Personally, I like the HD look so I’ll probably be sticking with that.

The roster is essentially the same as that of Super Street Fighter II Turbo, with all eight original World Warriors, the four bosses (Balrog, Vega, Sagat and Bison), the four ‘new challengers’ (Cammy, Fei Long, Dee Jay and T Hawk) and Akuma.

This time though there are two ‘new’ characters in the form of Evil Ryu and Violent Ken. As you may expect though, there’s nothing massively different about them (other than the fact that Violent Ken sounds like your drunk uncle who has pub owners hiding the snooker cues when he’s had one too many).

They’re just slightly recoloured versions of the standard Ryu and Ken characters, with a couple of new moves each. Don’t be fooled by any ads pushing these two ‘new’ fighters, then: they’re basically the Street Fighter equivalent of when Opal Fruits changed its name to Starburst. Sorry, I mean Violent Starburst.

Enough of this lollygagging, though: is it going to be worth getting? Annoyingly, at this stage it’s too early to tell. The game was only playable on Pro Controllers at the event, possibly because it’s got a proper D-Pad and Nintendo may have been wary of people playing Street Fighter with a Joy-Con.

That’s not to say it’s definitely going to feel horrible playing with one, mind. I had no problem with Street Fighter games on PlayStation systems, even though their ‘D-Pads’ have always been four separate buttons. All I’m saying is that while it undoubtedly felt perfectly comfortable to play on a Pro Controller, the jury remains out on how it feels with a Joy-Con or Joy-Con Grip.

It’s also not yet clear how many extra game modes it will have. It’s rumoured that the game will sell at a full retail price of somewhere between £39.99 and £49.99, so to avoid the obvious argument that the Xbox 360 and PS3 versions it’s clearly based on were priced at a little over £10 eight years ago, Capcom’s going to have to chuck a fuckton of new content in there to justify a 400% increase – certainly more than a Ryu with red eyes and a new Ken with a comedy name.

The trailer for Ultra Street Fighter II shows a two-player co-op mode that looks similar to the Dramatic Battle mode in the Street Fighter Alpha series. That’s a good start, but we need to see how much depth that has. We also need to find out whether single-player gamers will get a proper story mode or something else with more oomph to it than a standard arcade-style ‘beat this prick, then this one’ structure.

So far, I like it. It looks great and (on a Pro Controller at least) it feels satisfying to play. Paying on tabletop mode will also make it incredible for two-player battles on the move, or during family holidays and the like.

But there are a hell of a lot of unknowns just now – the price, the extra modes, playing with a Joy-Con’s faux D-Pad – that need to be investigated and resolved before it can be considered a must-have.

Cautious optimism for this one, I’d say.

The other big retro comeback on Switch is Super Bomberman R, a launch title and the first proper Bomberman game being handled by Konami (after it absorbed Hudson Soft in 2012).

Bomberman (as a physical retail game at least) has been dead for nearly a decade, with only a couple of digital-only versions that focused solely on multiplayer being released over the past 10 years.

Super Bomberman R not only marks the series’ physical return to shop shelves, but also the return of the single-player adventure mode that’s gone AWOL over time.

Sadly, this solo mode (also playable in co-op) wasn’t there at the event I attended, meaning all I can tell you about so far is the multiplayer mode.

Since it’s been a while, there are plenty of gamers who may be completely unfamiliar with Bomberman. If you’re part of this crew, hold fire: I’m working on a massive Bomberman history feature so you’ll be fully clued up before this latest version launches.

For everyone else, you’ll be happy to hear the multiplayer mode is classic Bomberman. With support for up to eight players, it’s the same bomb-dropping anarchy that made the series such a multiplayer staple back in the late 20th century.

The arena I played was fairly basic, but given Bomberman tradition it’s not unrealistic to expect a bunch of different ones each with their own unique gimmick: conveyor belts, teleports, that sort of thing.

There’s only one major issue here. You know when I said that Street Fighter II and Bomberman have loads in common? Well, there’s one thing they don’t: the size of their characters.

As with Ultra Street Fighter II, I played Super Bomberman R in tabletop mode at the Switch event: that means the Switch was sitting on a table in front of us, propped up with its kickstand, while another chap and I played a multiplayer game with a Joy-Con each.

The Joy-Con was nice and comfortable for this game, given its basic four-directional movement. But that wasn’t really a massive help, given I couldn’t see a fucking thing.

The characters in Bomberman are small on a normal TV, so on a Switch they’re miniscule. Both of us were squinting our eyes and trying to get as close to the Switch screen as possible so we could see what was going on, and I kept dying as I failed to quickly decipher what was scenery, what was a destroyable wall, what was my character and what was a bomb.

On top of that, that’s what it was like with just two of us playing. This is meant for up to EIGHT players – unless you have multiple Switches connected, you can pretty much forget that.

That’s tabletop mode, though. On a TV it’ll be the same fantastic Bomberman action retro gamers know and love, and in handheld mode – where the screen can be brought much closer to your face – it’ll be just as great.

Once again though, there’s just one little Bomberelephant in the room: the price. While Street Fighter’s remains a rumour for now, Super Bomberman’s has been confirmed and is indeed a full-price game that’ll set you back £44.99 on Amazon.

This brings us, quite neatly (almost as if I planned it this way), to the final thing these two games have in common: they still have to prove their retro gameplay is worth a modern pricepoint.

I’ll be getting them because I want to review them for you lovely people. But it’s also because I’m a fucking maniac, and Capcom and Konami need to ensure there’s enough content here to keep more sensible people satisfied.

This preview marks the end of my Nintendo Switch hands-on preview coverage. It was made possible thanks to my lovely Patreon followers whose pledges helped pay for travel, accommodation and time off work to head down to London to cover it. Thanks guys!

If you want to contribute to future coverage, please do consider becoming one of said lovely Patreon peeps.

If you can’t afford to commit a monthly payment and are a regular Amazon shopper, please consider visiting Amazon via this link instead.

Buying things via that link won’t cost you any extra but Amazon will chuck me a few pence each time for sending you there, so if you’re planning on pre-ordering any games or hardware (or literally buying anything else there), by doing it through that link you’ll be helping me run the site in the process.