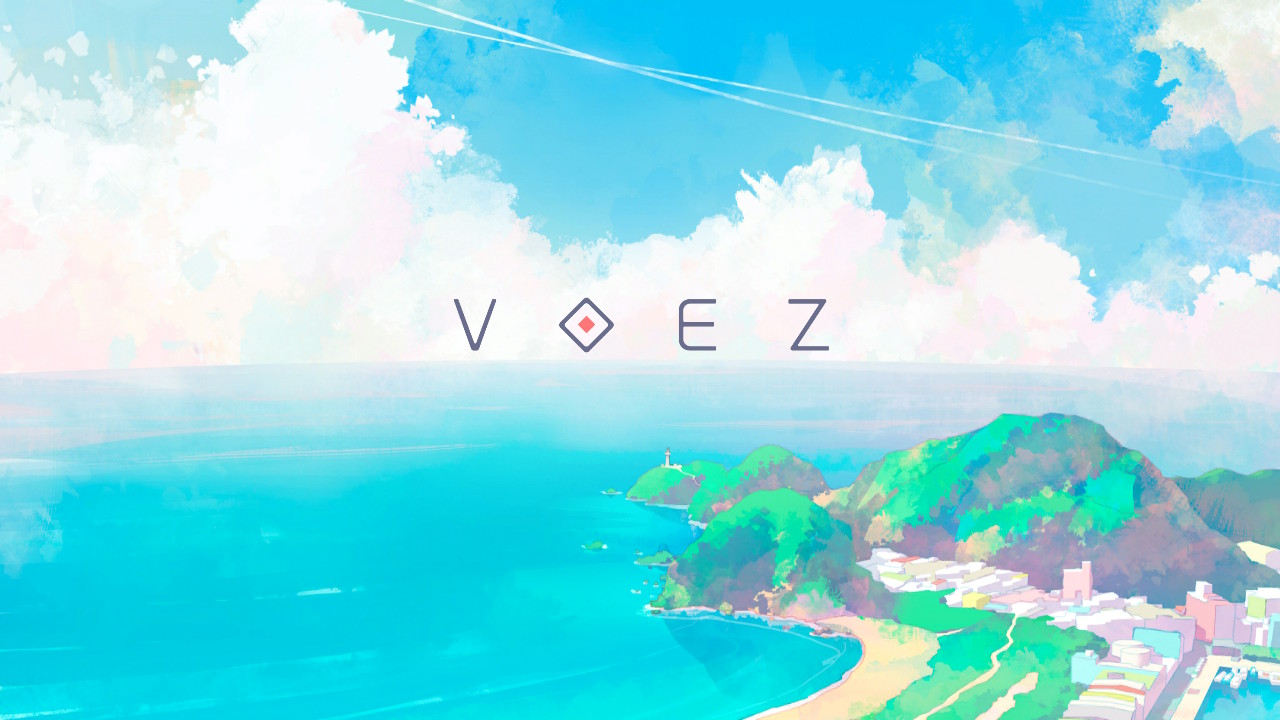 Most consoles have a hidden gem at launch, that one game that doesn’t get the attention it deserves because the main launch title is getting all the plaudits.

For many the Switch’s hidden gem is Snipperclips, but that’s not completely ‘hidden’ in the literal sense. Connect your Switch online and among the many news notifications you get from Nintendo are numerous reminders that Snipperclips exists.

For me, the Switch’s true hidden gem – in every sense of the word – is VOEZ.

If you’re a rhythm action die-hard you may have already heard of VOEZ. Developed by Taiwanese studio Rayark Games it was previously released on iOS and Android last year where it gained a bit of a cult following.

The Switch version is a port of that release, but offers a number of crucial changes that will have even fans of the mobile version keen to make the swit… oh god, I almost said it.

Most rhythm action games are about hitting icons to the beat of the music, be that with a controller, a touchscreen or a plastic guitar. VOEZ is no different, opting for the touch-based solution.

In fact, unlike other Switch games to date, VOEZ can only be played with the touchscreen, which also means it can only be played in handheld mode. You can even remove the JoyCon – because they aren’t recognised in this game – and use the Switch as a sort of tablet.

The aim, then, is to tap the Switch touchscreen any time an icon passes over the horizontal bar at the bottom of your screen. Straightforward stuff.

Also straightforward are the different types of notes you’ll encounter. You’ve got your standard tap notes, your hold notes (where you keep your finger on them until they end) your slide notes where you rub your finger across the screen to hit them all, and your swipe notes where you flick left or right.

And that’s literally all there is to the game, whether you’re playing on Easy, Hard or Special difficulty.

You’re probably waiting for the twist, so here it comes: VOEZ’s screen is ‘alive’ to some extent, meaning the columns of notes don’t stay in the same place.

Sometimes they’ll pulse to the beat, sometimes the flick notes will make you move them to the side, and other times they’ll just go off on a wander without your permission.

This adds an extra level of complexity to the mix, because rather than simply making sure you tap to the beat, you now have to make sure you still actually hit the constantly moving notes to make them count.

If that’s hard to picture, here’s some examples. This is Colorful Voice – the game’s signature track and one of the easiest – being played on Hard (the middle difficulty level). Notice that other than the lovely use of colour to make it look like the columns are moving, the icons themselves are pretty static.

Now here’s me (badly) playing Hop Step Adventure, one of the mid-tier songs, on the ridiculous Special difficulty.

Note how some of the notes are jumping all over the fucking shop, meaning I not only have to hit them but also make sure I’m keeping track of them.

Even some of the hold notes slide to the side, ensuring I can’t just hold my finger in one place but have to actively follow them while I continue to tap other notes elsewhere.

‘Enjoy’ my suffering as I attempt to look like a competent player while my brain slowly crumbles with the onslaught of notes (and the struggle to keep a camera focused), then bear in mind this isn’t even one of the hardest tracks in the game.

If you only dabble in the rhythm action genre and the second video has you concerned, don’t be. I’m just using that clip as an example of how ridiculous the game eventually gets for those who want it to.

The beauty of VOEZ is that the song selection is left wide open from the moment you start the game. Allow me to explain.

The mobile version of VOEZ is free-to-play and comes with a bunch of song packs. You have to pay for some of them, others are free for a limited time and then go behind a paywall.

On top of that, it requires you to be online at all times, making it a bastard to play when you’re somewhere without a decent mobile or WiFi connection.

The Switch version does away with all this pish. No longer free-to-play, you pay your £18.99 / $25 and you get absolutely everything without limitations.

That’s a full suite of 116 songs, each with three difficulty levels (so you can play that ridiculous one I showed above in Easy if you’d rather).

It also ditches the always-online requirement of the mobile versions, meaning you can play the thing in an underground bunker when the inevitable nuclear apocalypse comes and consumes the very surface of the Earth. That’s right, when eternal darkness engulfs us all you’ll still be able to play VOEZ as the human race depletes: you can’t say the same for the mobile version.

The 116 songs available range from J-Pop and vocaloid music to dubstep and stupidly fast electronic dance: while there are a couple of western-inspired tracks in there you’re probably going to get the most out of this if your musical tastes extend to the east.

Rayark Games also promises there will be more tracks to be added as DLC at a later date, and while you may have to pay for them in the mobile version they’ll all be free on the Switch. In short, that £18.99 is your complete pass for everything the game has and will have.

There are those who won’t be crazy about the idea of a rhythm game that just says “here’s 116 songs, fill your boots” and leaves it to you to choose what to do. Some folks crave a structure of some sort, and that’s where VOEZ’s Diary mode comes into play.

This is essentially a visual novel telling the story of six teenagers who go on to form a world famous band. As you complete various goals – complete 4 songs in Hard mode with a ranking of B or better, that sort of thing – you’ll unlock pages in the Diary and the story will continue.

I could take or leave this bit, because visual novels don’t really interest me. Still, there’s no denying they’re beautifully illustrated, and if this is the sort of thing that pumps your nads then it’s a nice way of giving purpose to your song choices.

My only major gripe with the game is that its interesting column-based visual style unfortunately means songs don’t really get a chance to look too diverse as a result.

Whether you’re playing a gentle pop ballad or an electro techno beat so vicious it’s like Lucifer himself vomited it into a flame-soaked record player, you’re still essentially looking at coloured bars moving around on the screen.

Compare this to something like the fantastic DJMAX games on PSP (among my favourite rhythm games), where each of its tracks is accompanied by its own unique music video, and it’s clear that a lot of personality is lost here.

Still, that’s the price you pay when you have well over 100 songs on offer: giving each their own music video would have rocketed the game’s size well over the mere 618MB it takes up on the Switch’s storage.

VOEZ is all about the music, then, and with your headphones plugged in it’s a fantastic rhythm game that’s sometimes beautiful, often difficult (if you want it to be) and always brilliantly presented.

If you’re a rhythm action fan like me then there’s no need to bemoan the seeming lack of rhythm games on the horizon for Switch (the upcoming Taiko Drum Master aside). It may be on the pricey side but with 116 tracks to master, VOEZ should keep you busy for months.

In order that I could write this review, I received a free copy of the game from a PR. The content of my review and the opinions therein were in no way positively influenced by this.